The following article cannot be verified by me as the TRUTH. However, it sums up my hopes for how the implication of HUMANITY’S FREEDOM is being implemented. 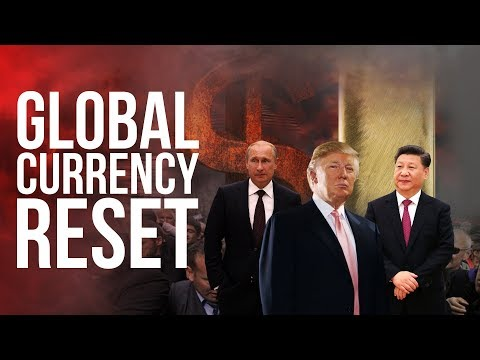 The Ten days of darkness is coming…

Ten Days of Darkness will be ushered in via the SpaceX Starlink Satellite Communication System.

This event will cause a US financial collapse and activation of the SpaceX Starlink Satellite Quantum Internet system (Emergency Broadcast System EBS) that will take over all media outlets globally.

There will be a Stock Market Crash while the Quantum Financial System (QFS) would be activated.

We will be under Martial Law globally with no plane or train travel for the ten days.

Power or internet may go off in your area.

The Military will remove the Biden Administration as Cabal Crimes were revealed.

All laws and actions of the U.S. Government after 1871 will be null and void, for such was not done under guidelines of the original U.S. Constitution.

Gold Repatriated from Cabal to the US: In March 2020 and on behalf of President Trump, a team took 650 planeloads of gold bullion that was in a deep underground tunnel beneath the Vatican. The bullion was stacked 30 meters high, 60 meters wide on both sides of the tunnel that ran for 150 miles from the Vatican to Switzerland (the other way to Israel). Worth of the gold was in the Quintillions. It was returned to its rightful owners of various countries, mainly the US Treasury.

GITMO trials on global and political elites started in Jan. 2017 and will continue through the end of 2022.

In Jan. 2019 arrests began on over 222,000 sealed indictments charging pedophilia and treason on global and political elites filed in federal courts across the nation since Trump took office.

In addition to global and political elites the Masons were being taken down, including the Knights of Columbus, Pilgrims, Moose Lodge, Shriners, and any other organizations that aligned with the Illuminati.

On Nov. 3 2020 President Trump instigated the Insurgency Act that deferred his power to the US Military Since then the Military has been in control of the US under General Charles Flynn, brother to General Mike Flynn. The Act allowed Trump to remain as president of the US until the Military declared Martial Law over.

On 21 Dec. 2020 President Trump signed an Executive Order that declared the country in a State of Emergency or Martial Law – giving him authority to take down global Elites.

Following President Trump’s signing of the State of Emergency Act over 200 Elite American CEOs resigned immediately and began securing their monies into off-shore accounts – which were seized by the government.

Due to foreign interference in the 2020 Presidential Election Biden’s Inauguration is considered invalid.

Just prior to Joe Biden’s fake inauguration the White House was closed and Capitol Hill was surrounded by an eight foot high barbed wire fence guarded from the inside by over 30,000 National Guard Troops.

The troops were serving indictments on political elites while Special Ops forces were rescuing children from an underground DUMB buried two miles below Capitol Hill.

Washington DC’s fate is yet to be decided. Structures on the surface were filled in Satanic designs and beneath Capitol Hill underground tunnels were filled with facilities for human experiments, mainly on children who were tortured, sexually abused and killed. The Black Hats wanted to shoot a missile on the city to destroy evidence of their evil deeds, while the White Hats wished to destroy all the Satanic symbolism.

President Trump and team have retrieved valuable artifacts, furniture, paintings and art work out of Capitol Hill to be preserved in new government facilities and National Archives located in Texas.

On 23 Jan. 2021 the Military sent out a Press Release to all Mass Media worldwide to announce that the US was functioning under Martial Law. None of the US Mass Media released the information – an act of treason.

On 11 March 2021 General Charles Flynn publically recognized Trump as the Commander in Chief.

All are pretending that Biden was in charge so he would be blamed for the upcoming financial collapse.

Have a look at all the Global Military “Exercises” now being put in place.

Australia has one same time as Defender Europe. US just announced involvement.

It’s all happening in front of you. It’s a GLOBAL MILITARY Operation. Transition to Gesara.

Now they just have to play out a fake WW3 scenario to ring sirens in every National Military Command Center.

This is to justify to the Whole Entire Planet many things that have been taking place already. The fact that Gesara Military Law has been in place. The Secret Military Tribunals, Confessions etc. The executions the lot. And like all militaries normally do they will help build new things.

This is going to be dramatic.

And the bombing of Nuclear Reactors.

Rods of God cause Earthquakes.

Rods of God are Undetectable Tesla Tungsten Kinetic Weapons from the Sky designed for blowing Tunnels & Nuke Reactors. Hitting with the force of a Nuclear Weapon without the fallout.

Information and knowledge becomes powerful only when used to educate and inform others of the truth according to Almighty God!

I AM an elderly, female. I AM reflecting on this journey and purpose of life as a human being.
View all posts by Theresa Geise →
This entry was posted in Spirituality. Bookmark the permalink.